A Cinderella Story for Writers

As a novelist based in Borneo, which by the way, is way off anyone literary map, I love Cinderella-writer-breakout stories.  Even though this story is a year old (I admit I didn't know the full details), it doesn’t make it any less timely and gives those of us who are actively writing novels hope.  I just heard it Tuesday evening during my meeting with the French translator for Lovers and Strangers Revisited,  who sent me the link. 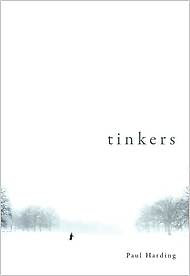 The New York Times, which didn’t even review the book since it was so far off their radar, called it the most dramatic literary Cinderella story of recent memory.  Of course I’m talking about Paul Harding, 42, whose novel “Tinkers” was repeatedly rejected by agents and publishers before it finally found a home with the tiny Bellevue Literary Press and paid US 1,000 advance.  Then, amazingly, it won the Pulitzer Prize for fiction.  It happens.  It’s rare, but it does happen.  (The fact he had already signed a two-book deal with Random House back in 2009 and had previously won a Guggenheim takes nothing away from this.  It merely shows he can write and he won't be a one-book wonder.  Random House won't allow it!)

In April I also blogged about a friend who had no agent in February 2011 but had her first novel go to auction in March (after finally acquiring an agent.)  It all happened so fast for her.  And I have a strong feeling that novel is going to win a prize, though maybe not the Pulitzer.  Maybe something international.

So the moral is.  Never give up on your writing dream.  Find a way to make it work.  And keep on learning about your craft.  Then maybe you or I will be the next Cinderella story...

Beheaded on Road to Nationhood: Sarawak Reclaimed—Part I
Posted by Borneo Expat Writer at 11:59 PM