Writing in Restaurants and Other Odd Locations 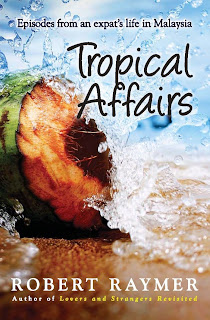 “I never travel without my diary,” Oscar Wilde once said, “one should always have something sensational to read in the train.” Or in a plane, I hasten to add. Nor do I travel without writing paper.

“Excuse me, are you a writer?” asked a Singapore waiter hovering over my table, my pages spilled everywhere.

“There’s no place to put your food!”

When I’m on the road, writing in restaurants and other odd locations is one of my many bad habits. Maybe it’s the long wait for the food, or the bill, or for the weather outside to change. Once while having lunch in Dubrovnik, it was still raining outside, so I shoved the dishes aside and wrote a sunny article about that centuries-old city. By the time I was done, it was time for dinner, so I flagged over the waiter who hours earlier had stopped asking me if I wanted anything else. Instead of paying the bill, I asked to see the menu.

I’ll be the first to admit that when consumed with writing, hardly anything can deter me; I can be quite unsociable, too. For example, if the airline passen­ger next to me asks, “What are you writing?” I’m liable to reply, “See this pen? If you disturb me again I’ll turn you into a character that jumps out of a plane with­out a parachute.”

Of course I’ve never had to resort to violence, nor am I a violent person by nature. Yet once while in Penang, Malaysia, writing a lengthy letter to a friend between sips of shredded chicken soup, I noticed that this Chinese woman was not only watching me write but also glaring at me as if I were eating her soup. She came over to my table and demanded to know if I was writing about her.

“No,” I said, smiled politely, and went back to my letter. When she refused to budge, I wrote to my friend about the psychotic woman standing inches from me, praying that she didn’t have a fork behind her back, let alone a chop stick. I had just finished my soup when she grabbed my letter and ran out of the restaurant.

“Hey!” I shouted, and ran after her. The waiter then ran after me, no doubt thinking this was a clever ruse to avoid paying for my meal. So did several passers-by, amused by the sight of a wild-eyed Chinese woman running with a letter, a frantic tourist chasing her with a soup spoon, and a Malay waiter waving a bill.

By the time I caught up with her, a sizable crowd had encircled us. As I tried to explain what was going on, the woman, in an effort to conceal the evidence, stuffed it down her blouse. Since I dared not tread in no-man’s land in public, I appealed to others to intervene. After much prompting, the mad woman finally produced the letter, and then promptly tore it up.

Since I was on page four, I wasn’t about to start all over again, so I pieced it together, taped it up, and added a few lines to explain why the letter was crumpled, torn, taped, and wreaked of stale perfume. Naturally I wrote about the whole episode in my journal for some future sensational reading. Oscar Wilde would’ve been proud.

Beheaded on Road to Nationhood: Sarawak Reclaimed—Part I
Posted by Borneo Expat Writer at 3:27 AM No comments: