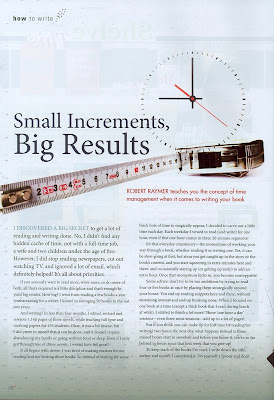 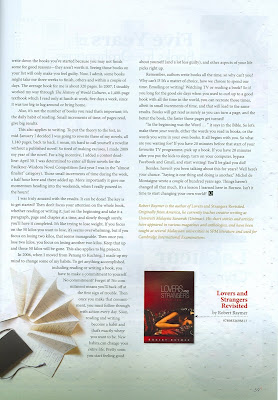 KUCHING: Everyone wants a quick fix, whether we’re talking about getting rich, the pathetic state of Malaysian football, or increasing the standard of English - it just doesn’t work!

The results speak for themselves. I agree teaching math and science should be done in Bahasa Malaysia, and that’s coming from a mat salleh, an American, who has taught creative writing in two Malaysian universities (USM and Unimas) for 13 years.

There are two separate issues here and let’s keep them separate. One is increasing the standard of English; the other is teaching students to learn math and science.

Face it, teaching math and science in English was a good idea, with good intentions, yet it was a rushed decision that never had a proper foundation not unlike building a house on the sand - it was doomed to fail.

My son started Form 1 at Penang Free School that very year and he had a lot to say about that matter. He and his classmates were frustrated because when they asked questions in English to clarify what the math teacher was telling them, the teacher kept brushing their questions aside because his English was so poor.

The teacher probably didn’t even understand the questions let alone how to answer them. Basically, he lacked the necessary language skills in English that is required to teach a complex subject like math (and science for that matter.)

What about those students, unlike my son, whose English skills were weak? They were equally confused, and even more so - they were lost in math and English.

The reality was that the students weren’t learning and they were coming home to complain to their parents, myself included. Eventually, that particular math teacher, who I assume was knowledgeable in math in BM, was replaced. But what about all the other teachers out there with the same problem, who continued to teach, year after year, with the same disastrous results.

Let’s assume they even have the passion for teaching math and science, but they lacked the necessary language skills to teach these subjects in English.

Just imagine if I were to teach creative writing - a subject I’m passionate about and spend a lot of time doing - in BM! The results would be horrible. My poor students wouldn’t have a clue as what I’m trying to say with my extremely limited vocabulary skills (I even managed an “A” recently in BM.)

Then consider those students in rural areas, whose English is extremely poor, where teachers with good command of English don’t want to teach. What is the state of their math and science being taught in English? What is the competency of their teacher’s grasp of English? And that’s assuming these teachers are passionate about teaching and have the necessary skills to teach. Not this, boleh-lah, never mind, try-lah, what-to-do attitude.

And this is part of a bigger problem that needs to be solved. Many teachers are in the teaching profession because their parents convinced them that it’s a safe job with a lot of off days, or it’s the job of last resort since they couldn’t find any other jobs, or they had to be, reluctantly, retrained because the higher science or math they were educated for (sometimes overseas, too) had no jobs waiting for them at home in that field - at least this is what the teachers that I taught for 10 years at USM used to tell me or write about in my creative writing classes.

Where’s the passion? A bored teacher teaching a subject that is boring to them will only pass on that boredom to their already bored students.

How is this helping them? Perhaps we should look at the root of problem, the quality of teachers being accepted into the teaching field and at their training not just to become adequate teachers (since there’s a shortage of teachers in rural areas), but teachers who can inspire their students to want to learn. This whole emphasis of teaching students merely to pass their exams is the crux of the problem.

It’s not the knowledge that they learn that is important; it’s what they can do with this knowledge now that they’ve learned it. Can they apply their mathematical and science skills in the real world? How about their English? If not, why not? Do we blame the teachers or the students or the education system as it now exists?

Take for example those who teach subjects like literature or, more precisely, the water-downed version of a book they haven’t even bothered to read because they themselves don’t understand it, or because the book is too thick. If it’s obvious to the students that the teacher hasn’t read the book (and it is), how does that inspire the students to learn literature, whether it’s BM or English?

Of course, there are some very gifted teachers out there, but they feel so overworked, burdened down with extra curricular activities and additional administrative responsibilities, it’s difficult to maintain that enthusiasm, day after day.

I should know; I have several teachers as relatives and friends, plus all my former students, so I hear about this all the time. They want to teach, have a passion for teaching, but it’s being squashed out of them!

Even with teaching math and science in English, if you don’t make English compulsory, little or no effort will be put into this subject, despite the promise of additional hours, especially by the vast majority of the students.

We’ve already seen the embarrassing results of that at the university level, whereby most students can’t string together two grammatically correct sentences. At USM where I used to teach teachers with 5 to 10 years’ experience in primary schools many would make 10, 20, 30 grammar mistakes per page. These were teachers. They were utterly clueless. I kept thinking, what about the hundreds and thousands of students they used to teach. What foundation did those students get? Or was everything grammar-wise glossed over since the teachers themselves weren’t even taught it.

A whole generation was lost!

The employers are frustrated with the quality of the graduates in today’s international, global marketplace. They say our student’s use of English and their writing ability is horrendous! This is not a new issue.

I’ve been hearing about this for nearly 24 years, and seeing the results for 13 years teaching at two universities! Compare that to their parents or grandparents, many of whom can speak fluently. So if you want more of the same, stick to how it is. If you want to seriously increase the standard of English, you have to make a pass compulsory.

While you’re at it, can we establish a passing mark for MUET to get into university? This would also increase the English standards. Students will be forced to make an effort, to learn basic grammar and writing skills, and you’ll see the difference. They will rise to the occasion. They’ve done it before. Give them a chance to help themselves and they’ll give you a lifetime of thanks. They’ll make more money for their families, too.

Again talk to their grandparents! They approach me all the time, those taught by the Peace Corp in the 60’s, and I’m very impressed! Those times, most definitely, have changed! Isn’t it about time Malaysia gets serious about this issue? Making English compulsory is a step in the right direction, a step for a better Malaysian future in this global world.

So go back to teaching math and science in BM so the students can understand what they’re being taught! As for the state of Malaysian football, instead of pointing your fingers at everyone and blaming everyone but yourself (sounds like education, doesn’t it), take the time to learn what other Asian countries are doing right, especially the world beaters, and do the same. Quit looking for quick fixes, get rich schemes, and some magic wand policy that will suddenly make all Malaysians wealthy, World Cup winners, and fluent in English. Get real, roll up your sleeves, and lay the foundation for a better future.

But if you keep changing your minds to rush back to square one, our students will be left behind, while everyone else in the world is making huge strides forward. My children’s future, like parents throughout Malaysia, is in your hands. Guide them wisely. Good luck, and let the force for teaching and learning BM and English be with you!

Robert Raymer, who teaches at Unimas, is author of Lovers and Strangers Revisited, winner of 2009 Popular - The Star Readers Choice Award. His blog on writing, his interviews, and book reviews can be accessed from his website at www.borneoexpatwriter.com

Posted by Borneo Expat Writer at 2:33 AM 5 comments: 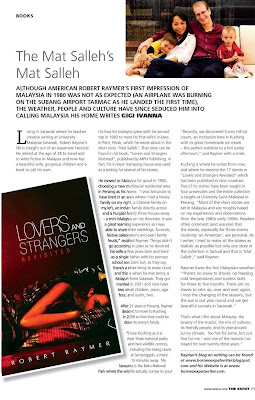 Beheaded on Road to Nationhood: Sarawak Reclaimed—Part I
Posted by Borneo Expat Writer at 7:04 AM No comments: