A French Update and a Tribute to Translators 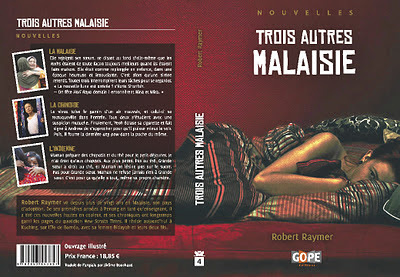 Here is the revised cover for Trois autres Malaisie, the French translation of Lovers and Strangers Revisited.   Also, for those who read French, here is the latest update of the book’s French blog

I’m told that Trois autres Malaisie is still under proofreading and it should go under print by the end of October-early November.  The next post on the book blog will be a short bio of the translator Jerome Bouchard, who I met in Kuching back in June.  According to the publisher, Editions GOPE, too often translators work in the shadow of the writer and don’t get the exposure they deserve.  I have to agree.  Often it’s the translator who finds the writer and introduces him to the foreigner publisher in the first place.


This is what happened in my case, and this is exactly what happened in the case of The Alchemist by Paulo Coelho, according to Coelho’s biography, A Warrior’s Life by Fernando Morais.  It was the translator Alan Clarke, an American who came across Coelho’s first book The Pilgrimage in Portuguese and offered to translate it into English.  Coelho was not impresses and told him, “Thank you for your interest, but what I need is a publisher in the United States, not a translator.”
Clarke was not put off and replied, “All right, then, can I try and find a publisher for the book?”  Twenty-two publishers turned Clarke down before someone at HarperCollins said yes.  The book, under a different title, didn’t sell.  Undaunted, Clarke translated The Alchemist and offered it to HarperCollins and the rest is history.

Sometimes it's a matter of perseverance, even in translation.