Suzi Wong and the Spirits, a Graphic Novel in English 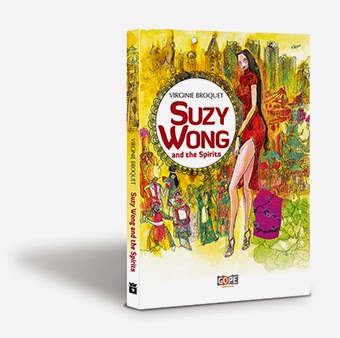 Editions GOPE, a French publisher who does books with an Asian flavour, has launched a graphic novel in English, Suzi Wong and the Spirits.

Suzy Wong and the Spirits


Born in Hong Kong on the fifteenth day of the fourth lunar month in the year of the Tiger, Suzy might be an incarnation of Chang’e, the Moon Goddess. All she knows for sure is that since her birth, she has been protected by three age-old invisible and mischievous spirits: Godmother Qing Yi, learned Godfather Wen Chou and rough Uncle Jia Zi. As a child Suzy was spoiled rotten by everybody at the brothel managed by her grandmother Wong Su Xi, who had once been famous under the name of Suzie Wong. Our Suzy had a blissful childhood until a mysterious fire killed her mother and destroyed the floating brothel. Sent away to a boarding school, Suzy found she had a gift for feng shui. After graduating summa cum laude, she decided to reconcile with her six uncles and aunts. It would not be easy; they were scattered all over the globe, and each of them involved in either a sleazy business, a dark occult science, or both. But what really happened that fateful night? What drove the Wong family into exile? Will Suzy dare to return to her roots in Hong Kong, in the Aberdeen harbour, where Grandma Su Xi, abandoned by her family and only a shadow of her former self, is waiting?


Virginie Broquet is a French artist who writes and draws comic books and travel sketchbooks. She also works for the press, as well as for the advertising and fashion industries. She has been awarded a prize at the prestigious Angoulême festival, the second-largest comics festival in the world.

Steve Rosse (English text) has been a journalist and editor in Asia and the United States.

Suzy Wong and the Spirits is a graphic novel for adults dedicated with love to some of Asia’s most fascinating cities. It is a fusion between an artist’s very personal travel sketchbook and a comic book. Giving free reign to her imagination, it is the author’s hope that the work is still firmly grounded in the sensibility of real life.

Steve Rosse is also the author of Trois Autres Thailande, a collection of short stories, part of the Southeast Asia series that includes Trois Autres Malaisie, the French translation of Loversand Strangers Revisited.


Previously, Editions GOPE gave new life to Richard Mason’s The World of Suzie Wong by launching a new revised, unabridged French translation.  Chapter two, for those of us familiar with Malaysia, takes place in Malaya, in a rubber plantation.  The World of Suzie Wong was not only an international best seller, it ran for many years as a play on Broadway and in London, and the movie version won Nancy Kwan a Golden Globe nomination for Best Actress in the role of Suzie.

And now the Suzie Wong legend continues through Suzy Wong and the Spirits. 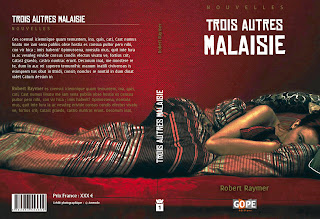 
Here are links to four of my author to author interviews of first novelists:

Beheaded on Road to Nationhood: Sarawak Reclaimed—Part I
Posted by Borneo Expat Writer at 6:20 PM No comments: