Booktalk on 7 May, at MPH The Spring, Kuching 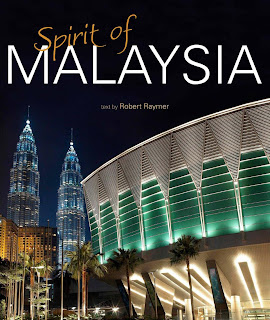 Please excuse the really short notice, but I have a Booktalk on Saturday, 7 May, 3-4 at MPH The Spring in Kuching.  In addition to autographing all three of my books Spirit of Malaysia, Tropical Affairs, and Lovers and Strangers Revisited, I will be giving a short talk.  The title and subject: The World is Yours—Bring the world to you as a travel writer, or tell the world your own story through creative non-fiction, or create your world through fiction!


Booktalks in bookstores, I have to admit, can be a funny animal, because as a speaker, you never know what to expect.  In recent years I’ve given about a dozen such booktalks inside bookstores, which are often the hardest place to speak because you’re never quite sure who your audience is.  Rarely do you have a proper sit down audience (thankfully MPH The Spring finds a way to create one by shifting some of their aisles around).  My last one in Singapore, I hardly had anyone directly in front of me because the space was too narrow with a display of my books in the middle.  Instead, people were spread out on both sides, so I was forced to swivel back and forth to make eye contact.

At other stores, I’d have people roaming all around me looking for, what else, books!  They’ll also be juggling books and/or tugging at spouses or children to get their attention.  One friend even dropped by with a baby stroller and she wasn’t even married; just happened to be babysitting her niece or nephew that day.

At Silverfish Books in KL, they have a separate room for talks, which makes it ideal, and with months of advance publicity through their monthly online newsletter.  They know how to make it into an event that people plan in advance to attend.  At MPH, they have a talent for making signs and displays.  One I even had framed and another I brought back from Singapore for my office.  It states: Calling All Fans of Robert Raymer! My wife, bless her heart, laughed.

For publicity, I usually announce booktalks months in advance on my website, but lately I’ve been rather slow updating it.  Some people may hear about it from a flyer or an in-store promotion.  Some hear about it from a Facebook announcement, an email reminder, or an SMS.  Most just happen to be in the store at around that time, or were passing by the store and noticed me standing near the entrance speaking into a microphone.  When I was in Singapore last year, midway through my talk, we actually had a little crowd going just outside the store.

In some stores people sit or stand right in front, while others stand pretty far back, though in my direct line of vision.  Some listen attentively from an aisle or two away, while others lend an ear from wherever they happen to be, while perusing a book, often out of eyesight or even somewhere behind me.  Others pop in and out of the store, pausing for a few minutes to listen, and then hurry off to their next appointment.  One Australian gentleman was so eager to hear me speak in Singapore he came a day early and wondered where everyone was.  Thankfully, he came back the following day.

It’s relatively easy to talk to an audience who are sitting or standing in front of you, but not so easy in stores when people are roaming all around looking for books. Sometimes when you start out, you really don’t have an audience per se, though potentially you do if you can catch their attention.  Those are the times I wonder, if I just start talking will people think I’m some madman rambling in a bookstore, or will they start to gather round and form an audience?  Or will they shush me because they're trying to read! If you’re holding a microphone, that’s always an attention getter, but there have been times, I admit, I’ve been tempted to announce, “Your attention please, does anyone want to buy a book?  It comes with a free autograph!”

One time in Penang, when I had over-scheduled myself with a couple of workshops, two separate talks and a booktalk all in the space of two days, I was actually relieved when I had no audience at all.  For the first time I could just relax and mingle and casually talk to a few stray people who just happened by about my books.  Even managed to sell a few.  Then my son showed up an hour late—teenagers—and asked, “How did it go?”

By the way, if you’re free on Saturday and you happen to be in Kuching and at The Spring at around 3, do drop by.  If not, I'll try to catch you later in some other bookstore, or feel free to check out one of my books or any other book that may interest you...
Borneo Expat Writer

Posted by Borneo Expat Writer at 7:33 AM