After meeting the students from SMK (p) Sri Aman Petaling Jeya in KL who were studying my short story "Neighbours" in SPM Literature, you can imagine my surprise when I came across Denis Harry's article  "Comment: Are You Mrs. Koh?"  Denis was writing about my character from "Neighbours"!  It came out nearly one month ago! No one even told me!  I guess it's like that, you figure, oh, he'll see it, or someone else will point it out to him.  When it comes to good news, I'd rather have one hundred people tell me than no one at all!  Now that I know, I feel absolutely delighted, honored,and humbled.  Mrs. Koh, a character I invented twenty years ago, based loosely on one of my neighbors, has just become a stereotype for the busybody gossip in Malaysia!  Please don't be like Mrs. Koh.  Here's the article, in case you missed it: 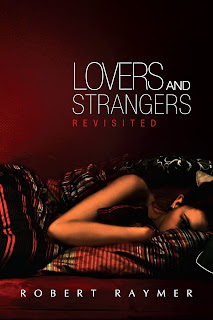 Neighbours by Robert Raymer is one of the stories from his book, Lovers and Strangers Revisited.


There is a Mrs Koh, the central character in Robert Raymer’s magnificent and well known well-known short story ‘Neighbours’, in every one of us. DENIS HARRY writes why we should be wary of the Mrs Koh type that who is lurking somewhere waiting to pounce on her next promising victim.

STORIES are often inspired by real-life situations, although some elements in them can be fictional. It is not uncommon to go through pages of a novel and be struck by such parallel circumstances which you could relate to. The character George in Mark Haddon's A Spot Of Bother, for example, may remind you of your ageing father at an early stage of dementia. Being able to connect to Joan River's endless struggle in her memoir Enter Talking may reduce others to tears as it did to me.

Dealing with a dimension of miscellany, Neighbours, a fine work by Robert Raymer in Lovers and Strangers Revisited, highlights Mrs Koh as the central character. She fabricates stories to create rifts between neighbours. Sounds familiar, doesn't it? Maybe this is because there are many Mrs Kohs in this world, people who really are venomous, vicious and potentially damaging, ready to trample on whoever stands in their way.

Raymer is spot on in creating Mrs Koh's character as she is portrayed as someone we both love and loath at the same time. When you hear her loud voice mentioning someone's name in high decibel, you know she wants your attention and she knows she gets yours.

On the other hand, deep inside your heart you keep praying that she does not talk about you. Whether you want to admit it or not, we all have a certain degree of nosiness. Sensational stories surely catch our alert-as-a-rabbit's ears. Unfortunately, they come with a hefty price tag.

Mrs Koh is someone we would call a nosy parker. Sometimes spelled "nosey parker", this is a person of an overly inquisitive or prying nature. In real life, you can never argue with whatever a Mrs Koh says; she is always right.

In addition to that, she knows everything and wants you to be aware of that too. Here is the sad irony: someone like Mrs Koh may appear warm, friendly and welcoming to those on first encounter with her. Her ability to crack jokes and make fun of other people's flaws and sufferings make her a "people magnet", drawing in audience the moment you anticipate she is going to say her first word.

Let us get real for once: most of us would find it amusing and secretly prefer to see someone trip on a sidewalk than ascend to a great height. It is human nature.

Mrs Koh can be found everywhere: in families, at workplace and -- consciously or not -- in you. At my workplace, these gossip-hungry vultures are dying to be updated on the latest story -- which are sadly true tragedies -- and add their own words, morphing it into a piece of sensational journalism. They somehow find joy spreading stories which, in turn, have profound effects on the people suffering the humiliation.

I can still vividly recall more than 10 years ago a female colleague who suffered from an abusive husband who not only savagely tortured her physically but mentally also. A well-known nosy parker at my workplace found out about it and, because she sat near me at the time, yelled about it at everyone passing by, offering to share the latest and juiciest story ever.

I was shocked and disgusted by her fascination and obsession with other people's sufferings that should never be made public. Within two days, everybody knew about it. My poor colleague, God bless her, faced the crowd with such strength and dignity it put Leslie Cheung to shame.

What about you? Could you be as strong as my colleague when you reach to a juncture where everyone knows the details of your private life? As we are all different, we deal with issues at varying levels of acceptance and tolerance. The mortification that a nosy parker can bring simply cannot be underrated. Many are damaged beyond repair by it. The result of a Mrs Koh's behaviour can sever many ties: friendships, marriages, families and it could possibly cost you your job.

In Neighbours, Mrs Koh hypothesised about Veronica's gambling addiction and its trail of debts that follows ("Every Sunday she plays mahjong and I'm sure she's in debt!"), she triumphantly stated the fact that Mr and Mrs Leong were fighting that morning (She turned to her husband with an I-told-you-so look on her face.) and even dared to cross the line to suggest that Johnny was dead. When her husband denied the latter suggestion, Mrs Koh quickly snapped, "He's as good as dead".

So what can we do to avoid being the next potential victim? The biggest favour you can do yourself is to zip up your mouth and talk only when necessary. God knows how these conniving nosy parkers would turn around and use your words against you in future.

You might praise a co-worker who always donates generously in front of your friends, for example, without realising that there is a pair of ears which should not be there. This pair of ears belongs to an evil individual who can easily twist and claim she heard you saying the person donates because he wants recognition.

Secondly, when life's sadness and bitterness are wearing you down, do not be tempted to confide in someone you barely know although he or she may seem like a sympathetic and trusted good listener no matter how fraught you are. A nosey parker usually has an open face that lures unsuspecting first-time victims. These new victims typically fail to smell a catastrophic future brewing -- a perfect recipe for disaster.

Lastly, don't turn into a Mrs Koh. Turn off the internal switch you consciously realise you have it or not in you permanently. It is a mammoth task if you are used to gossiping but the benefits would outweigh the harm it can bring -- by a million tonnes! Not only will you enjoy healthy relationships at work and home but people would also like you more for they can trust you with their confidences. Unless you are desperate to be as popular as Mrs Koh, why create rifts when there is not much love left in the world?

• Denis Harry is an educator with a great passion for literature and the parallels in our everyday life. Email him at denisharry78@gmail.com

To separate the fact from the fiction, here's the link to The Story Behind the Story of "Neighbours".

*Ohio University is also adapting another story from Lovers and Strangers Revisited, "Home for Hari Raya" into screenplay and film!

Just lovin' this island with its wild nature and extremely friendly people. Hope the nature here remains preserved. Maybe you could stay with some natives in the jungle for while, for writing inspiration. Beautiful Borneo

Nice scam. Did you hijack their domain name? That hotel's real website is at https://seaviewsandakan.wordpress.com.