Tree Methodology: a Fun Way to Teach or Learn How to Write 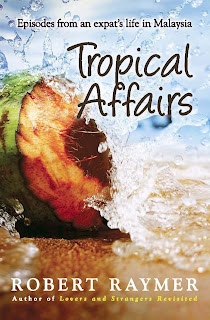 “A fool sees not the same tree that a wise man sees,” William Brake once wrote. My creative writing students are no fools. They just need reminding now and then. Theory is what they get inside the classroom, inside their textbooks, inside their heads as they listen to their teachers. In theory, a tree is just a tree. Or worse, a metaphor, such as the tree of knowledge. True, but trite, and done to death. Alexander Pope wrote about it three hundred years ago:

‘Tis education forms the common mind,
Just as the twig is bent, the tree’s inclined.

Ask your students to write a sentence about a tree and they’ll scratch their heads and look at you funny, but they will come up with a sentence. Then read the sentences aloud, without identifying (or embarrassing) the culprit. This lets the students hear how their classmates approached the same sentence – though with very different, or even startling results.

Some will not be sentences at all, but sentence fragments, missing either a subject or a verb. Now you can turn this into a mini lesson on grammar: what constitutes a sentence and why. Or a lesson on style: are there too many adjectives and adverbs? Are word choices appropriate, or do the connotation of some words go against what they are trying to say? Are the sentences vague or specific? Are they interesting or bland? Are they thought provoking, insightful or as lifeless as a dead leaf?

Instead of probing their brain a little, they will limit themselves to the most obvious details: the leaves, the branches, the trunk, and the roots. And yawn.
“Go beyond the obvious!” I tell them, and they blame the subject. In addition to their lackluster writing, they will be missing an opportunity to learn about writing. So every semester I take my writing students outside for a little tree methodology. Not once, but twice.

First off, writing is about making choices: subject, purpose, approach.
So I approach my tree, point and say, “What is this?”

“You’re wrong!” I reply. Unlike theory, practical experience and life are rarely straight forward. “This is not a tree,” I insist.

They start to protest. “Look at the leaves!”

“Yes, but those leaves don’t belong to the original tree. They belong to the strangler that grew around it and strangled the host.

I point out the hollow inside, where the original tree had decayed. I also show them clumps of old bark trapped among the strangler branches and point to another tree with the same bark.

“That’s your tree over there – that’s what it looked like. So how would you describe this so-called tree?”

“It’s haunted,” a student from Sarawak says, and gives his reasons based on his Bidayuh beliefs about strangler trees.

Fascinated, we all listen and learn.

Others join in, saying why they don’t like this tree, especially after I mention two types of snakes I had seen in the tree as well as a bat. Some point out the trash thrown inside and around the tree, including chunks of concrete, wire, as well as the mosquitoes they are slapping away from their faces and arms.

“So you could describe this tree as a haunted tree and support it with all the examples you just gave me, right?”

They agree they can. They start writing, and I stop them. Writing, as I mentioned, is about choices, so I ask them, “How else can you describe this tree?”

“As a living tree,” a student replies. “It’s full of birds.”

“And leaves,” adds another student.

Forgetting that it is haunted and also the mosquitoes, which seem to have disappeared, they start seeing the vibrant life in the tree: the wide variety of birds and nests and all of the insects.

“Is there another way you can describe this tree?”

Noting the wide girth, a lady says, “You can play catch around this tree or hide and seek.”

I ask, “Can you describe this tree as a playground?”

“What else can you add for support?”

They draw a blank, until I point at a branch, where one section is parallel with the ground.

“You can hang a swing from there!”

Others see the possibilities, as they think back to their childhood.

Writing involves some thinking and reflecting.

The Sarawak student adds, “You could build a tree house, right there,” and points out the branches that would support it.

“Any other way to describe this tree?”

“You could describe it physically,” someone says.

“Yes,” I say, “either an accurate depiction like a painter, or an impression of it – depending on the light, your mood, and your purpose.”

We discuss various ways to approach it as a writer, from a holistic impression to something more straightforward, starting at the top and working down to the roots.

“And you don’t have to describe the whole tree either,” I add. “You could concentrate on the leaves, or the trunk, or the roots, or the branches – one or all of them.”

Students are nodding, seeing the possibilities, limited only by their imagination.

“Any more ways to describe this tree?”

They look at me with big question marks in their eyes as if to say, “You mean there’s more?”

I nod and wait.

“You could describe the ambiance around the tree,” someone says.

“Yeah, the shade,” another points out.

We all turn to look away from the tree and admire the surrounding scenery – a view they can’t find in the classroom.

I tell them, “I don’t care how you describe this tree, so long as you support what you say with concrete examples, reasons, details and facts. Be selective with your details, too. Don’t start saying this is a haunted tree and end up calling it a living tree or a playground – unless your purpose is to write a compare and contrast.”

Suddenly the topic of writing about a tree is no longer boring to them, and neither will their writing be boring to read. When you give students choices, and let them choose their own approach, they will take a personal interest in the subject – as they did this tree – and their writing will improve dramatically.

Later, back in class, I tell them, if they wanted to, they could also write a narrative about a tree experience they may have had, like the time they fell out of a tree or when the tree down the road fell on a car during a storm. Or they could write an article about the history of an unusual tree, or an essay on why they like a particular tree or the significance of trees in their lives (and in their studies). Or they could even write a poem about a tree or trees in general and emulate Joyce Kilmer who wrote:

Poems are made by fools like me,
But only God can make a tree.

Later in the semester, I will take them outside again to recite their poems – the ones they wrote or ones they wished they had written – beneath another tree. But before we begin, I will teach them about sensory details in order to make their writing more alive for the reader. Again, I get them involved by telling them to close their eyes and concentrate on the sounds, the odors, what they feel (and how they feel), and taste, and have them write them down (momentarily opening their eyes, of course). After about fifteen minutes, we list out what we heard.

“The steady drone of traffic.”

“Better. Is that near or far away?”

“The steady drone of distant traffic.”

Others can hear motorcycles or buses or even an airplane flying overhead.

“Smell anything,” I ask.

“Dryness, an earthy taste, left-over lunch, the hair in my mouth pushed by the breeze.”

“I like that last one – it’s vivid. We can picture it. How about feel?”

“On my face,” says one student.

“Through my hair,” says another.

“I feel totally relaxed,” someone adds. “This is fun!”

Theory is rarely fun, but tree methodology? Every time.

“And sleepy – I was up late last night writing my poem.”

“That’s fine – those are feelings. And yes, you’ll have a chance to read your poem. Feeling anything more?”

“Ants crawling on me!”

“A mosquito bit my leg.”

“A leaf just fell on my head!”

“How is that for inspiration?” I say.

Later, after they recite their poems, I give them a fun topic inspired by the leaf: “It fell from the sky.”

“Now when you write – whether it’s a poem or a narrative or even an essay – try to use sensory details, especially what you see and hear, because you are the eyes and ears for the reader.”

They write that down. I’m getting through.

“Sensory details also makes your writing, your settings, seem more real, too,” I tell them. “But you can’t always go outside to the actual location and describe it. Sometimes, you can only visit it in your mind’s eye. Just tune everything else out and concentrate and let those sensory details inside of your memory come back to you and pretend you’re standing in front of that very tree.”

Since students do not use their eyes often enough (let alone their other senses) to see what’s out there in the real world, away from the classrooms, I remind them of what Helen Keller wrote in an article titled, “Three Days to See.”

...Use your eyes as if tomorrow you would be
stricken blind. And the same method can be
applied to the other senses. Hear the music of
voices, the song of a bird, the mighty strains of
an orchestra, as if you would be stricken deaf
tomorrow. Touch each object you want to touch
as if tomorrow your tactile sense would fail.
Smell the perfume of flowers, taste with relish
each morsel as if tomorrow you could never
smell and taste again. Make the most of every
sense; glory in all the facets of pleasure and
beauty which the world reveals to you through
the several means of contact which Nature provides.


Students, I feel – based on their writing that I have been marking for over a decade – whether English is their first or their second or third language, need less theory and more tree methodology. Otherwise, all of their content seems more or less the same. They need to be taken outside or led to the nearest window to see the world as it is (even if there is not a tree in sight). They need to see the possibilities that are waiting for them to write about. As a teacher, my goal is not just to teach these students to write better, but to teach them to see, to understand, and to appreciate not only trees but also life, as well as the world they are living in, so they too can become wise and see a tree like Blake’s wise man.

Besides, as Goethe once wrote:

Dear friend, theory is all grey,
And the golden tree of life is green.


* Here's a link to Pre-Writing Techniques that I wrote for The Writer.
**Update, the 20th anniversary of Lovers and Strangers Revisited

Beheaded on Road to Nationhood: Sarawak Reclaimed—Part I
Posted by Borneo Expat Writer at 2:15 AM

Hey, I stumbled upon your blog because I was trying to google a poem about a wise man from Borneo. I am taking SPM this year. Thanks a lot!!!

Hi Diana,
I'm a bit late here, but I hope your SPM went really well! All the best!